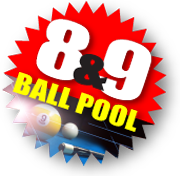 Probably the most famous snooker club in the world

85 years of the Romford Snooker Club

Traditional snooker at its best

8 and 9 Ball Pool at the Romford Snooker Club

Darts at the Romford Snooker Club

About The Romford Snooker Club

Probably the most famous snooker club in the world

Snooker and Billiards have been played at Arcade Place Romford since the 1920's when the hall was first established as a temperance hall. It later became one of the Lucania chain of Snooker and Billiard halls which became famous throughout London, many situated over Burtons the Tailors.

In 1974 the Lucania chain was purchased by Barry Hearn and it was in the romford hall that Barry Hearn first spotted the talents of the young Steve Davis playing on table 13 (still retained by the club to this day, despite the club having only twelve tables) thus sowing the seeds of one of sports most famous partnerships and culminating in Steve Davis taking his first world championship just six years later.

In July 2008, Steve Davis returned to the club to present his special Exhibition Evening celebrating the Club's 75th Anniversary. Many of today's top professionals have graced the tables at Arcade Place including Romford's very own Mark King who practised at the club during the mid 2000's before moving to Braintree.

For about the past 85 years the Club has played host to the most famous names in snooker and has probably seen well over six million frames of snooker or billiards played.